WWF-New Zealand wants to inspire and enable New Zealanders to care for their habitats and species as part of a healthier society and economy. To help Kiwis rise to the global challenge of how to live sustainably today, without compromising quality of life for future generations.

We do this by developing partnerships with local councils, iwi, communities and government agencies to increase the effectiveness of conservation at a grass roots level. And providing resources and funding to community-led conservation groups and schools. 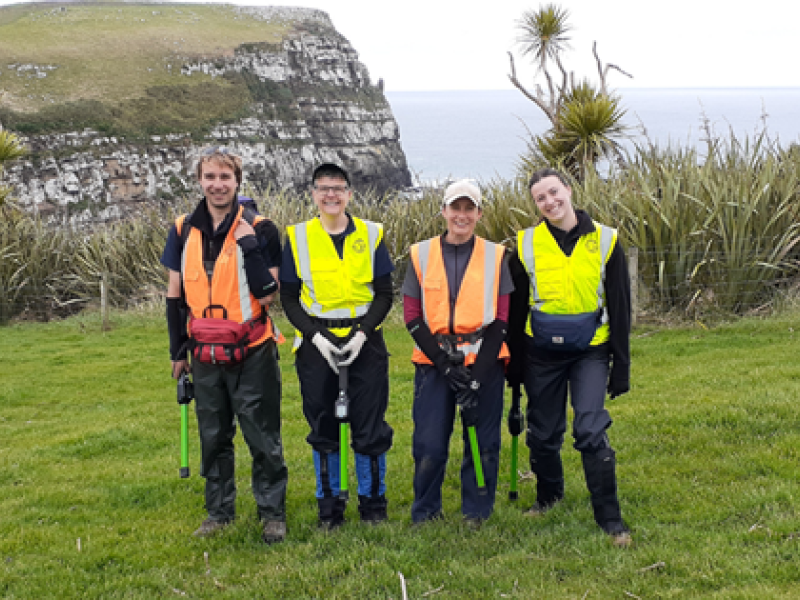 WWF, in partnership with the Tindall Foundation, supports communities and educational facilities to run projects that conserve and restore Aotearoa New Zealand's natural environments and the native species in these habitats.
Find out more
Image Environmental education is a critical tool to achieve long lasting social change. We have a selection of activities and resources to support environment-focussed teaching and learning.
Find out more
Image 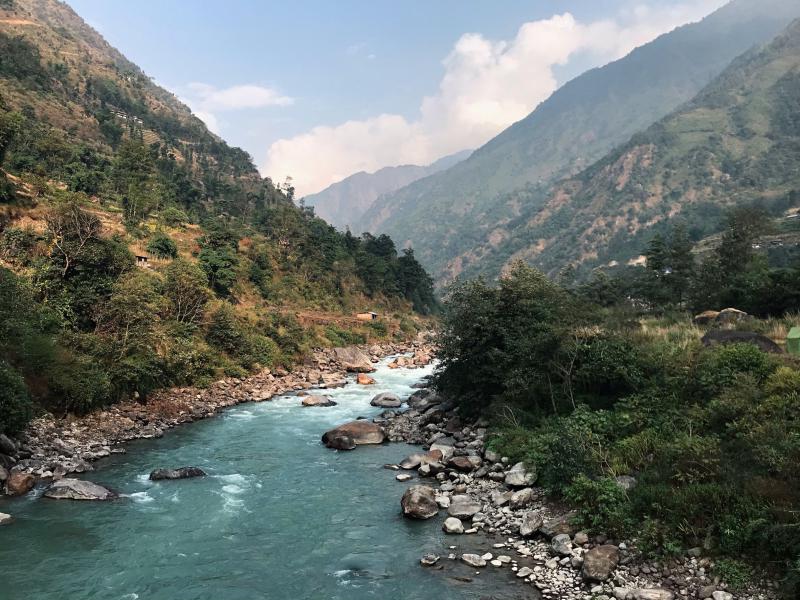 Inspired by the memory of former WWF Director Mingma Norbu Sherpa, WWF has established a Memorial Scholarship Fund that provides financial assistance to students from remote regions of Nepal to study at Lincoln University.
Find out more

Read about some of the community conservation and education projects WWF-New Zealand is supporting around the country.

Through the WWF Community Conservation and Education Fund, we are supporting a project to boost the population of yellow-crowned kākāriki at Pūkaha, Mount Bruce National Wildlife Centre.
Read more
Image 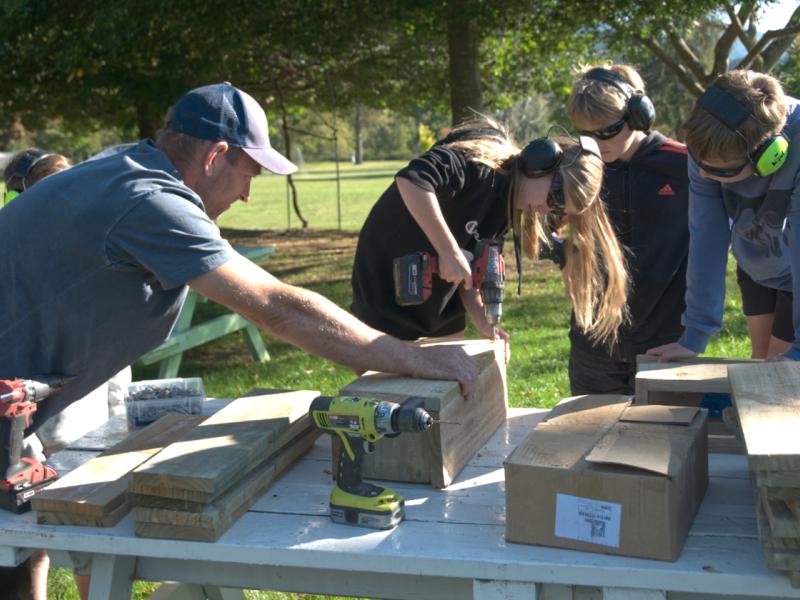 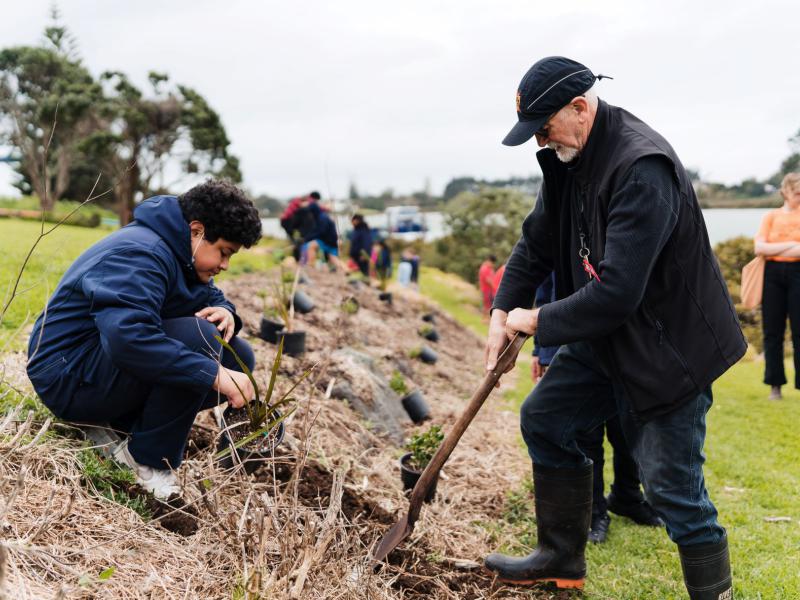 Over the last few months, a number of community groups in Auckland have been busily planting over 9,000 native trees as part of Project #ReBlossomNZ, a partnership between WWF-New Zealand & Botanica by Air Wick.
Read More
Image 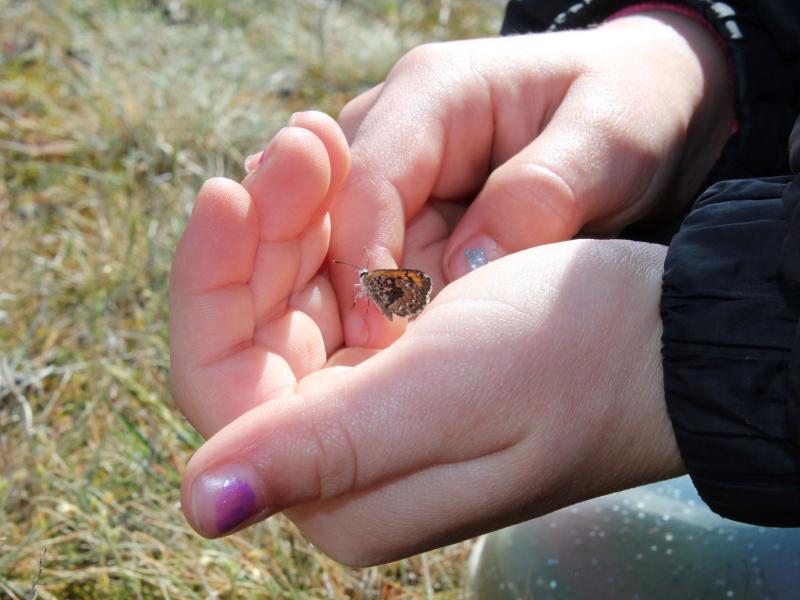 Bringing Back the Boulder Butterfly

Burnside Primary School are working to re-introduce the boulder butterfly to Christchurch. WWF funding is helping them do it.
Read More

WWF-New Zealand is supportive of the use of 1080 to control invasive pest species in New Zealand.

WWF-New Zealand is supportive of the New Zealand Government’s ambitious vision of eradicating the most damaging introduced predators (rats, stoats and possums) by 2050.

In its work to facilitate innovation and community conservation, WWF-New Zealand has helped catalyse and promote new ways of controlling invasive pests (such as the use of artificial intelligence to identify pests) and has supported community groups to control pest populations in their local areas.

In New Zealand, invasive pest species are a serious threat to the sensitive and unique environment where the native wildlife and vegetation has evolved in the absence of mammalian omnivores.

The Parliamentary Commissioner for the Environment, Dr. Jan Wright, found in her 2011 evaluation of the use of 1080 that although there are other methods that are effective in particular situations, the only practical and cost-effective option that is available for controlling possums, rats and stoats in large and inaccessible areas is an aerially delivered poison. There is no alternative poison available now or in the near future that could be used aerially and would be preferable to 1080. Therefore, WWF-New Zealand is supportive of the present use of 1080 to control invasive pest species in New Zealand.

Controlling invasive pests requires a nationwide effort, from central government through to communities and individuals. Pest control efforts are coordinated by the Department of Conservation, Regional Councils and OSPRI.

1080 is the common name for a biodegradable poison called sodium fluoroacetate. 1080 is biodegradable and quickly breaks down into non-toxic by-products.

Does 1080 remain in the environment?

Trials in streams showed 90 percent of 1080 was leached from baits within 24 hours. Monitoring of public water supplies has never shown contamination by 1080.

In soil, 1080 can break down in one to two weeks in warm moist conditions, although it can sometimes take several months in extremely dry and cold conditions. Most operations are done in wet winter or spring conditions which encourages the rapid breakdown of the baits.

Does 1080 have any effect on human health?

There have been no recorded cases of 1080 operations causing harm to human health, although one hunter reportedly died at home in the 1960s from eating jam containing 1080. Long-term, low-level exposure is not harmful – a cup of black tea contains 1080’s active ingredient (fluoroacetate) at about 1.5 times the Ministry of Health’s legal limit for 1080 in drinking water.

1080 has been used on a small scale in a number of countries including Australia, the United States, the Galapagos Islands, Israel, and Japan. It is used sparingly in these countries because of the need to protect their native mammals. Most 1080 is used in New Zealand because our only two native land mammals are bats. There is no evidence they are adversely affected by 1080 use and their numbers increase where predators are controlled.